Here’s a secret weapon to keep you writing every day: Is your story refusing to sing? Are you sick of the sound of your own prose?

There are times when every (good) writer feels this way. It could be a moment of great despair, but it could also be an opportunity to try something new.

END_OF_DOCUMENT_TOKEN_TO_BE_REPLACED

Some days finding ideas is easier than others.

On the days where the story ideas are flowing, stick a bucket under the spigot and catch them all. You’ll need them later. Here are some prompts to get that idea spigot to open. Get ready with your notebook…

Some days finding ideas is easier than others.

On the days where the story ideas are flowing, stick a bucket under the spigot and catch them all. You’ll need them later.

(And when you come back to them, give them your full attention. “Cell-phone trouser call” might not mean much at first glance, but on a second glance you’ll remember the idea you had for a girlfriend whose boyfriend had an amusing habit of putting his bluetooth headset in his pocket and redialing her by accident. If you give it few moments of serious thought you’ll remember how you thought that might go bad and what tone of story it was going to be. If today’s the day for that story, go for it.)

Here are some prompts to get that idea spigot to open. Get ready with your notebook…

Think of incidents in your life that have stayed with you: the playground fight when you were 10; the day everyone gathered to watch you complete the Rubik’s cube; your wedding day; that time you embarrassed yourself so horribly that you blushed to think about for five years straight. Can you go back and put a fictional character in that situation? Can she go somewhere with it? Why is she there? Does it happen the same way or does she handle it the way you wish you had? play!

What about all those stories that you heard, growing up? Yu heard them over and over again until you groaned. You might not know exactly what Poughkeepsie looked lik in 1956, but you know the emotional core of the story and you know one or two details that will give your short story authenticity(didn’t your mother always interrupt your dad’s story to rib him about his finely coiffed ‘DA’ hair? And didn’t your dad get her back by reminding her of the gold necklace she was so snooty about, but that turned her neck green?). Re-purpose these stories, with different people and a different setting if you need to. But stay true to the point of the story, to the point the teller was trying to make.

You know how interviewers ask you where you see yourself in five years? Well, why not turn that into a story? Maybe it’s not you. Maybe it’s a character you’ve had rattling around in your head. Maybe it’s a ‘real’ fictional character. Where is Moriarty five years after Holmes’s death? What about Harry Potter? (Now, these would count as ‘fan fiction’ and might represent a breach of trademark or copyright, but if you’re just writing them as a creativity exercise for yourself, you probably shouldn’t worry too much. But you might not want to try to publish these ones. [3. there’s a recent book by Melanie Benjamin called Alice I Have Been which imagines the life of the real girl who inspired Alice in Wonderland)

Obituaries of ordinary people contain wonderful character sketches: the whole family, the era they lived in, their interests, their careers. Sometimes you can imagine the person, their hopes and dreams, from the activities they pursued and the comments of those left behind. Online obituary listings often have ‘guest books’ where loved ones add more detail. OK, maybe you think I’m being ghoulish. I prefer to see this ideas as a tribute to the departed person.

Look around. What do you see that is out of place? What could it mean? Elizabeth Peters saw a trash bag lying lumpily at the side of the road and thought,

Then she wrote a novel – a whole novel! – from that kernel of an idea.

What can you see

A man, talking quietly into a cell phone at the coffee shop? Why quietly? Might we say ‘furtively’? Why is he here and not at work or at home with his wife? Is he meeting his girlfriend? Oh look, a beautiful woman just walked in and sat with him. He smiles too much, is way too chatty for that to be his wife. Is he having an affair? What if his wife arrives? What if he is meeting with an event planner to plan a lavish 40th birthday party for the wife?

Is there a traffic cone on top of a statue in town? We all know students put it there, but who were they? How did they feel? Would they do it again?
There’s a kite stuck in a tree? How did it get there?

An old man sits on a bench, staring at his shoes. Who is he? What is he thinking? What has he seen in his life?

Ideas are everywhere. Keep your eyes open and your notebook handy.

Need more help? Get the ebook that grew out of this article: Breaking Writers’ Block, A StoryADay Guide 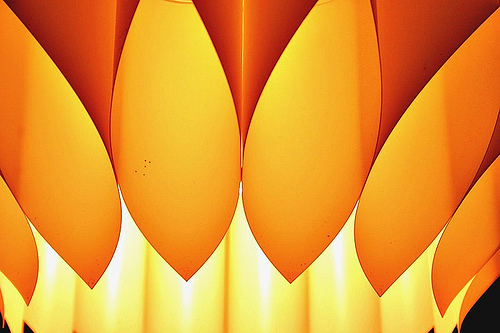 I’m not sure yet (because I haven’t done it), but I think it’s going to be possible to write a story a day.

Here are some of the ways I’m planning to make time every day to tell stories:

Tell Stories To My Children

One of the main reasons I have little time to write is that I have children. It’s tough to sit down and writing a story when someone is likely to burst in and tell you that they *neeeeed* something right now, and another one trails behind him saying that he *neeeeeds* the same thing, or more likely something completely different.

But I have found that one of the best ways to ‘write’ stories is to tell them to my children. Whether at bedtime or during potty-training, or in the car, there’s nothing quite like having a live audience for keeping you going. If their attention starts to wander, you know you have to step up the action. If you pause for a moment, they demand to know what happened next.

Maybe if I can carry my phone around with me and record the stories I tell to the kids, that’ll help me out a few times.

Again with the motherhood thing, I spend quite a lot of time driving around. Sometimes I’m alone, and sometimes they’re wa-ay in the back playing with toys. Again, with my trusty phone nearby, I can tell at least part of a story on every journey. I think recording stories is going to be really helpful, even though I love to write (with a fountain pen and everything).

I like limitations. I like to know I only have 1000 or 200 or 55 words into which I have to shoehorn a story. Some days I’m planning to set myself a short word count limit and trying to craft a short story within it.

I always found that seat-of-the-pants writing during exams worked really well for me. With a time limit, I can’t afford to listen to the inner critic. So some days will be Time Limit days. Write a story within an hour, half an hour, by 3pm, whatever seems to work that day.

Some days I’ll assign myself a genre to work in. Write a film noir story, write in the style of Virginia Woolfe, write a monologue, write in the third person.

Like the genre/styles assignments I’m planning to write the same story several different ways. I”ve got another blog post coming with more details about that)

So, those are some of my ideas. How about you?

I started thinking about this at the weekend: I don’t want to do NaNoWriMo because I don’t want to write a novel. And I couldn’t manage 50,000 words in 30 days at this point.

But a story a day?

Maybe I could do a story a day.
I mentioned it to my co-conspirator Carol, and she was all for it. Of course.

So here we go…