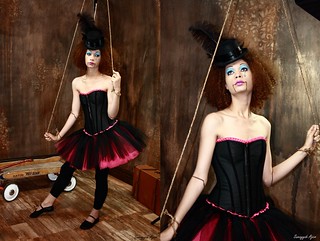 Today’s prompts is all about manipulation.

Think about what characteristics you associate with a manipulative person. Are they bossy? Aggressive? Passive Aggressive?

Use the contrast between the two characters to highlight the ‘truth’ of the each character- in their own minds, in each others’ minds, in the reader’s mind.

Have some fun with reader expectations here: allow the reader to think that the brash, bossy character is the manipulator when really it turns out that the seemingly submissive character is the one who gets their own way. Or vice versa.

Consider using an unusual setting for a very domestic dispute (an argument about housework during a car chase) or a domestic setting for an unusual conversation (two people making the bed, discussing the evidence for the the theory of multiverses).

One thought on “[Write On Wednesday] Manipulation”