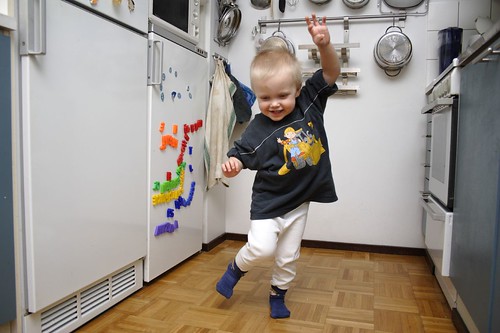 There’s a scene towards the end of the movie WALL-E when the captain of the only remaining human ark-in-space realizes it’s time to go home to Earth. They’ve been away for generations. By any reasonable measure, he’s been successful. His ship is still flying. His people are still alive and procreating. Everything is running smoothly.

But, in his research, the captain falls down  a hyperlinked-rabbit-hole of cultural practices that humanity has simply forgotten.

“Computer,” he says, prompted by the previous entry. “Define: dancing.”

Imagine an existence where we’ve forgotten about dancing! Would you consider that kind of existence ‘successful’?

Our job is to define success for ourselves. And not just “for ourselves” but “for now”, “for this year”, or even, “for today”.

For me, writing this blog post is an epic win for today. I didn’t think it was going to happen. But I persevered, I found the time, and I went through the drafts required to make it readable and, I hope, inspiring.

For you, finishing the first draft of your first story in years might be today’s “epic win”.

What Does Success Mean To You?

If you’ve been writing for any time, it has probably been common for you to read articles with titles like these:

Most books on ‘writing’ end with a chapter or two on how to land an agent, find a publisher and retire on a pile of feather-filled pillows.[1. Maybe not that last one.]

Isn’t that putting the cart before the horse?

I’ve played piano since I was 7 and guitar since not long after that. I sing. I knit. I pay someone to make me lift weights.

None of these are things I expect to do professionally. Nobody around me asks me when they’re going to see me on The Royal Variety Performance or in the Olympic Weight Lifting Team.

Not so with writing.

Tell someone you write, and they immediately ask ‘what have you published?” or ‘Have you written anything I might have read” (The only possible answer to which is: how would I know what you might have read?)

ACTION STEP-Write down answers to these questions:

Success is context-specific, time-limited, different for every piece of writing, and highly personal to you.

Don’t judge your career, your enjoyment, your sense of achievement by anyone else’s definition of success.

Write your stories. Celebrate your successes. Give yourself permission to write at your own pace, in your own way, and for your own reasons.

Start Your Fulfilling, Creative Life As A Writer 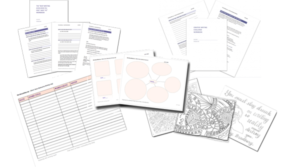 DON'T MISS OUT
ON YOUR LIFE'S CALLING

2 thoughts on “How To Become A Highly Successful Writer”