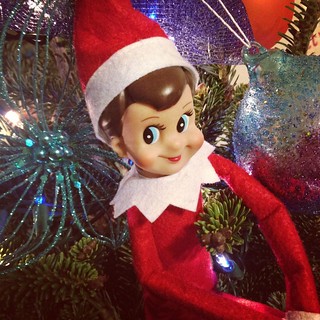 My Facebook feed and RSS reader are full of posts from angst-ridden parents who already—three days in—hate their stupid Elf On The Shelf[1. A craze that took off a couple of years ago and is like the Tooth Fairy crossed with an advent calendar, and a nightmare for parents].

People seem to be held hostage to this thing at the same time that they are plagued[2. thanks to Pinterest postings from uber-mommies] by a sense of inadequacy and overwhelm.

Imagine a character who is trapped in a situation beyond their control for a finite amount of time. Write their story.